Understanding UX, UI, Web Design, Web Development, and which do you need?

Coming across the jargon of the tech industry can feel a lot like listening to a foreign language if you’re new to getting a website designed. However, every firm deals with a web specialist at some time and if you want a good website, you may require a translation. The purpose of this article is to help you simplify the vocabulary of the tech industry for you.

If you’re getting your first website built or just want to learn more about the business, we’ve broken down four of the most commonly used and confusing phrases in tech: user interface, user experience, web design, and web development. You’ll not only understand what each field performs, but you’ll also get to know which one your company should prioritize.

Before we go any further, let’s start with some basic definitions to clear things out and provide some context:

Web design is a wide term that encompasses anything that has to do with the aesthetics and usability of a website. It consists of UI and UX design, as well as a slew of other disciplines.

Web development focuses on the technical aspects of creating a website. The terms “front-end” and “back-end” are used to differentiate web development.

The controls users use to engage with a website or app, including button displays and gesture controls, are referred to as the user interface (UI).

User Experience (UX) is a subset of web design that deals with how users behave and feel while using a website or app.

As you can see, none of these topics are exclusive, and there is a great deal of overlap. Web design and development are two sides of the same coin; UI design impacts UX design, and web development underpins everything… It’s less about which fields are responsible for which activities and more about how each field approaches the same work from a unique perspective. For better understanding, let’s take a deeper look at each of these terms now.

“Web design” is a bit of a relic term from the days when a single individual was in charge of all aspects of a website’s design. By today’s standards, the phrase “web designer” is a bit nebulous; because of technological advancements and a better grasp of the trade, we now have a plethora of subcategories. Web design subcategories include not only UI and UX, but also IA (information architecture, which deals with site mapping and navigation) and CRO (conversion rate optimization, which fine-tunes the site’s design to maximize sales, signups, or other specified actions). 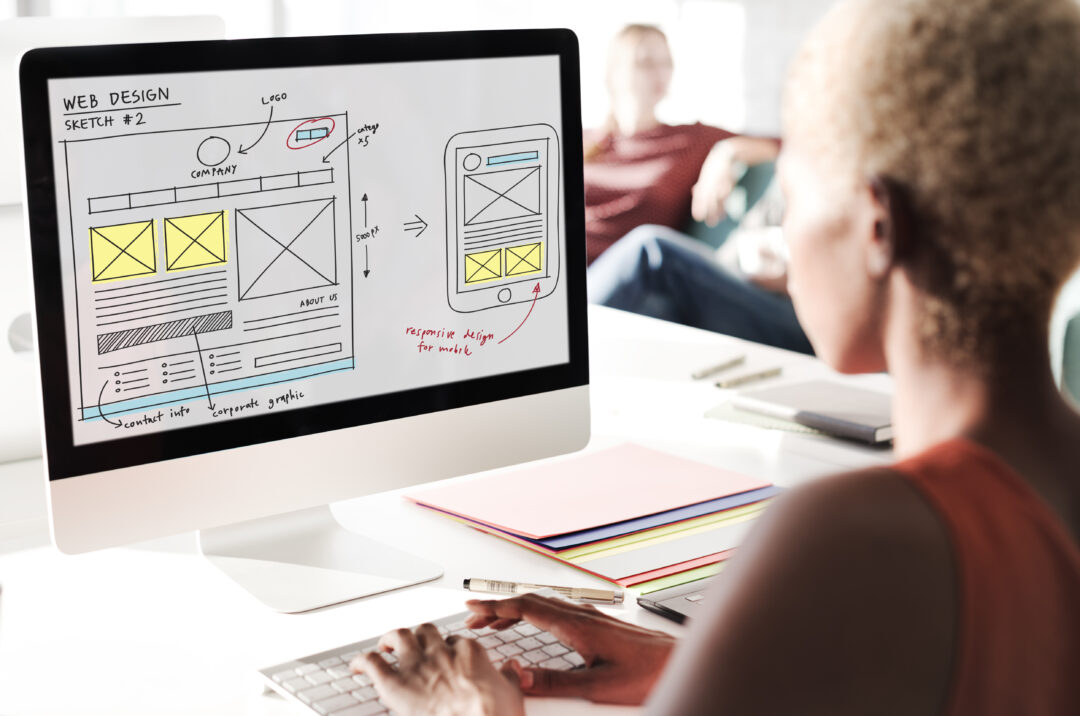 Web design is more than just graphic design. Designers must understand functionality, technical limits, digital trends, and user expectations, which vary often, whether working with websites or applications. Web design also requires some business knowledge hence designers should be familiar with digital sales methods, such as where to place the “call-to-action” (CTA) button to encourage sales and email signups. The layout of a website has a significant impact on user behavior, but because it is so complex, some designers are better at it than others.

The web designer is responsible for both classic graphic design considerations such as color and font, as well as digital ones such as determining the optimum aesthetics for various screen sizes. They also need to comprehend commercial ideas like leading and closing to build layouts that appeal to the call-to-action. After all, a designer’s responsibilities may include creating icons, images, or interface buttons from scratch, which necessitates the use of all three skills.

In terms of specific job tasks, the designer is mostly in charge of the design process, as long as they adhere to established brand requirements. Typically, the process begins with the designer generating design prototypes, which are then tested with actual users or stakeholders, and the input is incorporated into subsequent designs.

Designers can also create wireframes, which are bare-bones layouts of a design that are used to prepare for a prototype, or mockups, which are pixel-perfect images of what the screen would look like without the interaction. The prototype is submitted to the developer for coding once it has been accepted.

The usage of code distinguishes web design and development. The good news is that you don’t have to know what your developers are talking about as long as they know what they’re talking about (though it’s beneficial to grasp the essentials). 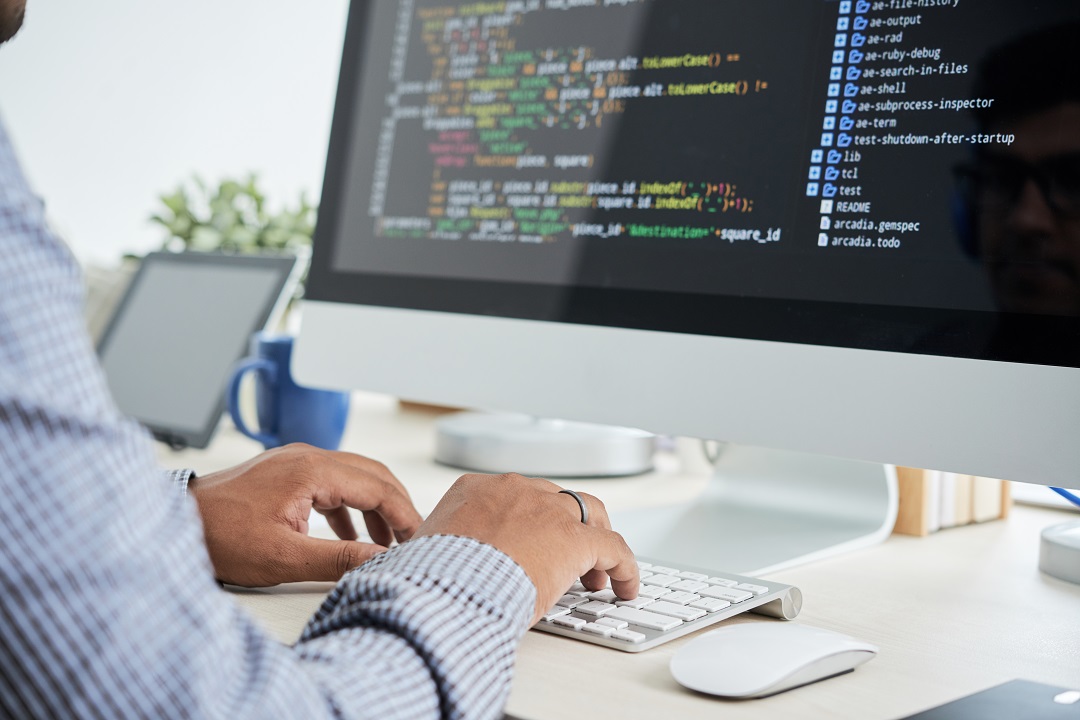 Web development is divided into two types: front-end and back-end.

Front-end (also known as client-side): The code that determines how a website (or app) is presented on a computer screen. The front-end developer is responsible for bringing the web designer’s idea to life, usually through the use of computer languages such as HTML, CSS, and JavaScript. Because not everything the designer envisioned is realistically possible, the front-end developer frequently communicates with the designer.

Back-end (also known as server-side): The “front-end” draws resources from a digital system hosted on a server. The back-end developer is in charge of those behind-the-scenes resources, such as database coding and data delivery optimization. PHP, Ruby, Python, Java, and.Net are some of the languages they employ.

A full-stack developer, on the other hand, is someone who can work on both the front-end and back-end of a project. They can be a good alternative for companies that can’t afford more than one hiring, but in a perfect world, you’d have an entire team of developers with a variety of expertise.

Everyone uses user interfaces without thinking about them—you don’t need to know the history of the hamburger icon to know that the three-lined button is your menu. 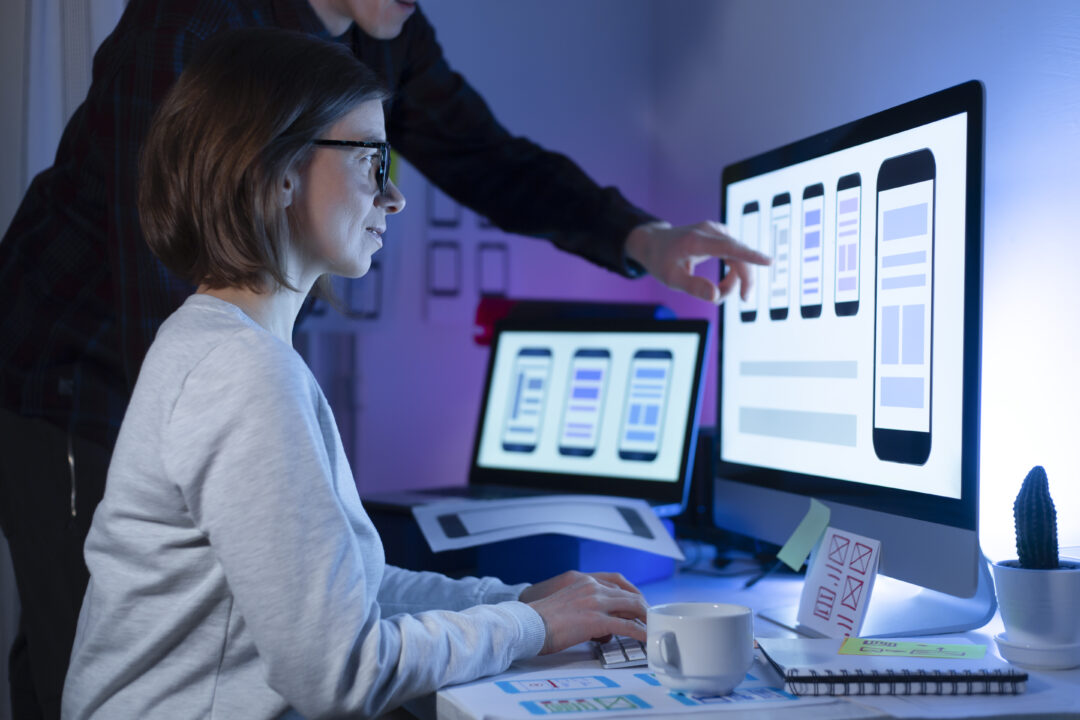 And that’s a general rule in most web design fields: if they execute their jobs properly, you shouldn’t see them. This is most evident in UI design: a truly intuitive interface does not require the user to think about it to use it.

It’s considered bad UI design if you have to actively think about how to use the controls. Searching for the right button or spending a few seconds finding out what a button does can detract from the overall site experience. The purpose of User Interface design is to develop self-explanatory controls that users can comprehend at a glance in addition to providing all the features a user may want.

Another issue to consider is space management. UI designers must strike a balance between providing users with a plethora of options and preserving screen real estate. Hover controls and pull-out menus were born as a result of this. It is the responsibility of the UI designer to determine which controls must be visible at all times and which can be hidden or ignored entirely.

Interaction design abbreviated “IxD,” is a field that commonly overlaps with UI design. Interaction design is concerned with all aspects of a user’s interaction with a system, including the user interface as well as a pop-up, chat, and error windows. Because interaction design places such a strong emphasis on user behavior, it can be thought of as a cross between UI and UX design.

From the user’s standpoint, UX is similar to web design in many aspects. What effect does the layout of a web page have on the user? What impact does the user interface have? As you proceed through the stages, UX gets significantly more strategic, as in “how do we create a page to entice the user to sign up?” 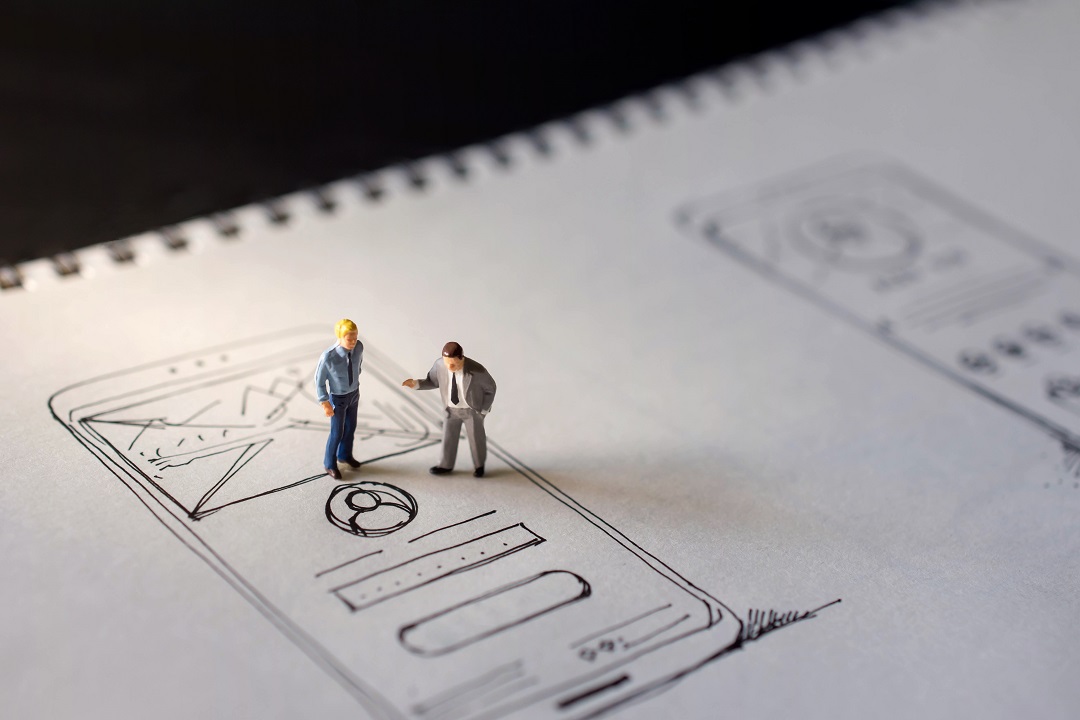 As you might expect, UX design encompasses a wide range of web design disciplines. Many people talk about “UI vs. UX,” but the truth is that the two complement each other rather than compete. In fact, there’s so much overlap that any site designer who knows a little about UX would profit. That’s how UX evolved into its discipline—hiring a dedicated UX professional relieves the rest of the team of a slew of other obligations.

Although it may appear unnecessary at first, there is a direct link between UX design and commercial objectives such as sales or conversions. Given that emotion and gut instincts play a large role in human decision-making, it makes obvious that improving the design of a website might encourage particular behaviors and create an environment that is more conducive to those behaviors.

As a result, UX designers rely heavily on graphic design principles such as grabbing attention with scale, eliciting the appropriate emotions with colors, generating a consistent visual flow across the screen, and strategically inserting CTAs. However, unlike traditional graphic design, UX specialists must also consider other considerations such as interactivity and timing, making it a field that is both distinct from and connected to all others.

Which one do you need the most?

You should be able to tell the difference between web design and development by now, and you should be aware that “UI vs UX” isn’t as accurate as “UI Plus UX.” The difficulty is if you can’t recruit specialists for all of them, which one should you focus on first?

That is a question for which there is no general response. Because various sectors deal with diverse aspects of business, it all depends on your company’s specific requirements. You may require one specialist more than the others, depending on your goals and weaknesses.

Here’s a quick rundown of the challenges that each discipline specializes in fixing to assist you to figure out which one you need the most. Find your largest roadblocks below and hunt for a solution in the relevant field. If you already have a website, run some user testing ahead of time to see what issues real users are having.

It is crucial to know which features you want to highlight so that any solution you choose is the best fit for your needs. While running a business is already quite a lot of work, it’s best if you let the experts handle your website. Fortunately, Tentackles holds expertise in delivering the best for its clients effortlessly. Contact us today to know more. 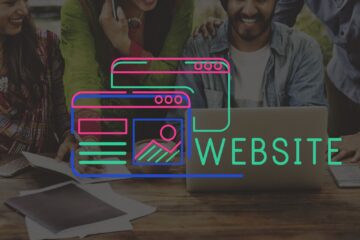 In today’s digital world, your most effective marketing tool is your company website, which is also one of the greatest ways to succeed in the digital age. Users form an immediate opinion of a Read more… 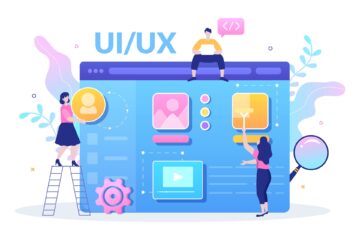 How to Design UX for Your Website the Right Way

Your website is now a more potent instrument than ever in the marketing environment of today. As a perpetual salesperson, your website has the ability to be both your most valuable asset and the Read more… 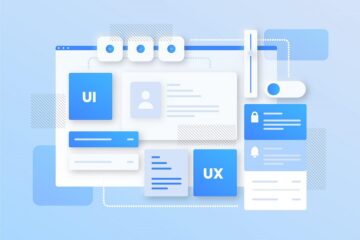 There is no better structure for codifying the way your company or organization thinks, communicates, and acts around design than a design system. It’s quickly replacing traditional design documentation as the go-to solution for Read more…

Helping you define your brand